Our Gospel text last Sunday (May 10, 2020) – John 14:1-14, says a lot about Jesus. But, as much as it shows Jesus, it portrays who we are as well. This conversation between Jesus and His disciples follows what they were talking during the Last Supper. On that meal, Jesus talked about many things. What stood out was when Jesus talked about His departure. He said this in a way that His disciples were puzzled. Although Jesus was just trying to say that he will leave them, and that he will die on a tree so that what the Scripture says would be fulfilled. He would depart to fulfill the mission that the Father has given to him. But, this news and truth about Jesus would eventually make the disciples sad, afraid, or even doubt.

If we recall what happened during the Easter, we can really tell that the people who knew Jesus was drowned in loneliness and fear. Jesus knows that this would happen. So here is our Gospel, recording His words of comfort for the disciples, and for us today. Jesus started by saying,

“Let not your hearts be troubled.”

Also, he was actually telling them of what He’ll be doing. He told them about a place that He will prepare for them. A place where He’ll be taking them and be with them. But, here comes a twist that I would emphasize throughout this message. When Jesus said on verse 4,

“And you know the way to where I am going,”

they responded in a way that we would not think of. Here is Thomas, once again, saying that they do not know and asked Jesus of how can they know the way! See, Jesus Himself said that they already knew; but they said that they don’t. How could that be? Especially when it was Jesus who said that they know. But Jesus gave them the answer. Verses 6 & 7, a very famous one, Jesus said to him,

“I am the way, and the truth, and the life. No one comes to the Father except through me. If you had known me, you would have known my Father also. From now on you do know him and have seen him.”

From here on out, Jesus addressed a specific problem that even His disciples were encountering. I am talking about ignorance.

Ignorance is basically a state of having poor knowledge or having no knowledge of something. In this text, the ignorance of the disciples was exposed by Jesus and that Jesus addressed this problem. Jesus continued by telling the disciples that if they know Him, they know the Father already and have even seen Him. However, like Thomas’ response, Philip on the other hand said to Jesus to show them the Father. So, Jesus said on verse 9,

“Have I been with you so long, and you still do not know me, Philip? Whoever has seen me has seen the Father. How can you say, ‘Show us the Father’?”

Yes, Jesus was just stating the truth. Let us remember that Jesus and the disciples were together for 3 years. Yes! 3 years! During those years they have listened to Jesus. They have been taught by Jesus. They have seen miracles of Jesus. They have seen the power and authority of Jesus’ words. But still, they said that they don’t know. They show ignorance despite of the years that Jesus was with them. Though it can’t be helped sometimes because Jesus talked to them in ways that they had a hard time on understanding. But still, as what Jesus said, they should have already known. Remember the road to Emmaus, when two of the disciples were walking and that Jesus appeared to them and in their conversation, Jesus pointed out that they have not believed what the Scripture said about the death and resurrection of Christ. Again, despite of the times that they studied and listened to the Scripture, they have shown bits of doubts and confusions. That is why Jesus in the Gospel, checked if the disciples believed in all that he had said. Also, he was inviting them and made them know to what they should believe.

Again, my brothers and sisters in the Lord, we have here a problem of ignorance; ignorance that is not just about the things and facts of this word, but also ignorance that is manifested in our spiritual lives. How many years have we been listening to God’s Word? How many years have we been reading and studying the Bible? Do we show signs of ignorance? Yes! There are and will be times that we show symptoms of ignorance, and it could be something that we are aware or not. Ignorance about God, about His Word, about Jesus; is the common problem that we people have. Remember that sin is present and the we are conceived in sin. Sin is the reason why we are ignorant about God’s word or why we want to be one. Sin is also a sign of this ignorance. If we give in to temptations, then it shows that we are ignorant. If we doubt God’s Word, this just means that we are really ignorant. Everyday, these things manifest. Everyday, we sin. Everyday, we are tempted. Everyday, we doubt, we are confused, and even question God. Despite of the many years that we have been listening and reading His word, our poor, sinful, and corrupted human flesh still tries to resist and leads us to ignore this blessing.

This may be true, but another truth that helps us in this situation is that the Word of the Lord endures forever. We have God who is consistently calling us and teaching us His word. We have God’s word, Jesus Christ, who is constantly strengthening the faith the he planted in us. We have God’s Word consistently making us know the truth – that Jesus Christ, who is God, died and rose again for us. Just like what happened in the Gospel. After those absurd requests and questions of the disciples, still Jesus made that an opportunity for Him to teach them once again. He did not drove them away or ignored them, but Jesus addressed their ignorance by letting them know and using His words to enlighten them. Jesus’ target is not just knowledge on the brain, but goes deep in the heart. Jesus wanted faith to be ignited in their hearts. Through this faith, they will know what they should know.

Same to us today. We need Jesus, we need His Word to make us know who he is every day. We need Him to make us know that He shed His blood on the cross for us to have forgiveness, life, and salvation. Yes, Jesus’ words in verse 6 is true. He, indeed is the way. He is the truth. He is the life. He made us to know that His words are reliable and are true. We are helpless, so we need help for us to know these things. So, here comes Jesus; through His word, we are made to know the things that He wanted us to know about Him. Upon having this faith, faith that transcends our knowledge ad understanding, we are able to look forward to the goal that God has set before us. We are able to look forward to the place that Jesus prepared. We are able to look forward without wavering.

Praise God for His word, for Jesus Christ, that never gets tired of reminding us and teaching us the truth. We can be confident along the way, no matter the situation we have now, because we have Jesus in our side. We have someone that ensures us of our safe arrival in heaven. How did we know all about this? The Bible tells us so. In Jesus’ name, the Word incarnate. Amen. 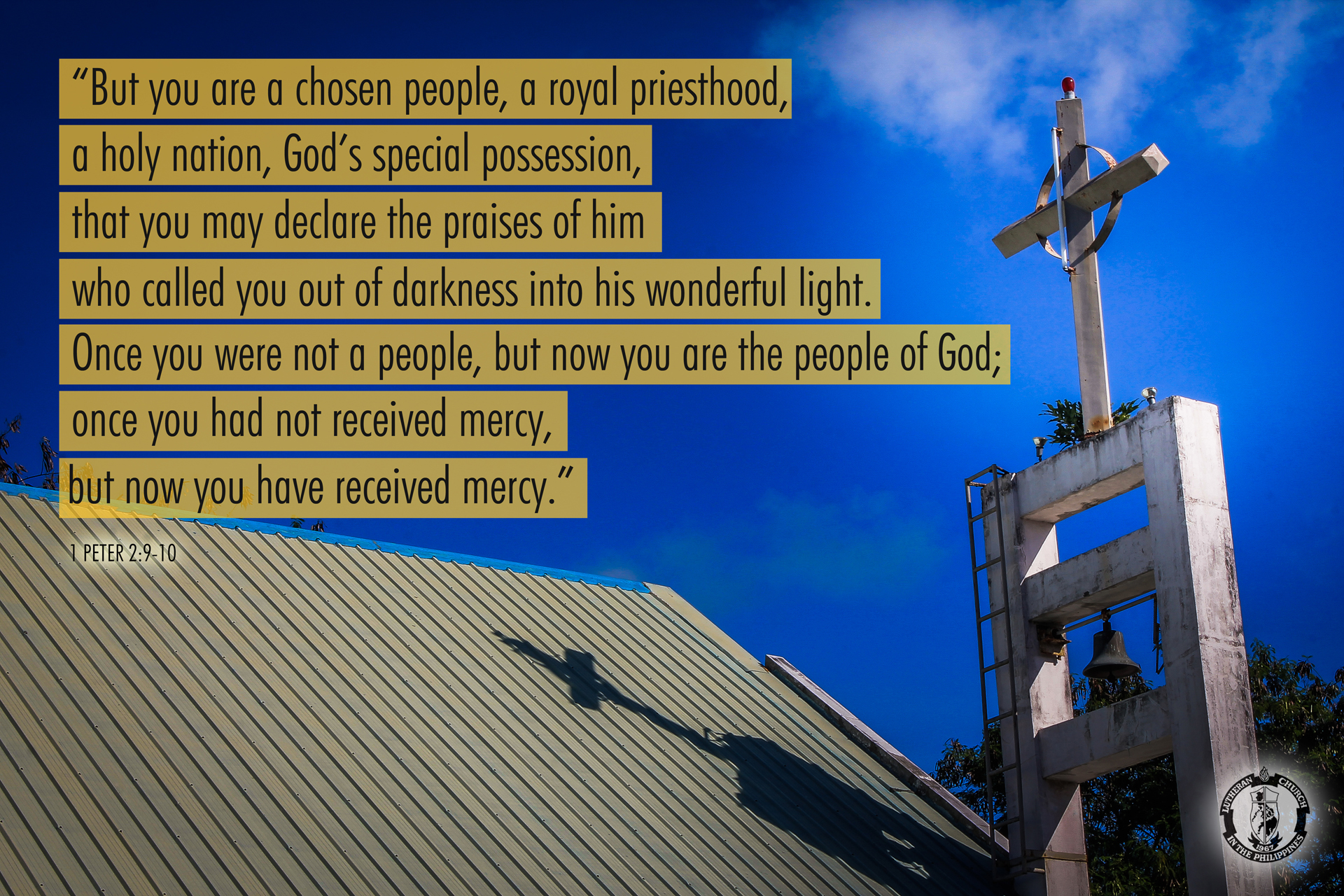