Grace, mercy and peace from God our Father and from our risen Lord and Savior Jesus. Amen!

We have a familiar song that most of us have learned in our Sunday School. The song goes like this:

– a beautiful song that reminds us of the presence of Jesus in our day to day life. Indeed, it is great and wonderful to walk with Jesus! The disciples of Jesus did experience walking with Him for more or less 3 years and that was during His earthly ministry.

They were with Jesus. They know Him personally. They had a very close relationship with Him.  Where ever Jesus goes, they accompanied Him. They were witnesses of almost all the things He did. They saw Him healed the sick and gave eyesight to the blind.  They were on a boat with Him, when He commanded the wind and the waves to be still. They were with Him when He fed the 4000 and 5000. They were also present to see the miracle of Jesus’ bringing the dead back to life. Plus the many more miracles that Jesus did in which they were able to witness.

Day by day they were with Jesus…. They walked with Him all along.

Our text for this Sunday is a story that happened on the third day after Jesus died – in the afternoon of the resurrection day. News already spread that the tomb was empty and the body of Jesus was nowhere to be found. But the disciples were still sad and troubled, in fact, they were afraid of what will happen to them. They still did not believe that Jesus is risen and is alive.

For us today, it is easy to say: Why did they not believe in Jesus’ words that He will rise again? It is easy for us to say that, because we can now see the whole picture.  Just look back to what had happened. We already know the story. But for the disciples, the followers of Jesus who witnessed the actual event that happened – how Jesus took all the whipping and flogging, the crown of thorns on His head, the wounds inflicted to His body, the slapping and spitting he received, the nails pinned to his hands and feet, the spear pierced on his side and the whole picture of Jesus crucified.  He was even mocked and insulted by the soldiers; all these were still fresh in the minds of the disciples. For them Jesus is gone. He is no longer present among them to walk along with. He is dead. He is no more….

Our text speaks of the 2 disciples – Cleopas and an unnamed companion – who were walking from Jerusalem to Emmaus.  That day was already the third day after Jesus died and was buried. They heard news that the tomb was empty but His body was nowhere to be found? Where is Jesus? They were really sad. Perhaps the two were wondering, confused, discouraged, and hopeless for what had happened on Good Friday.

As they were talking to each other about all the things that had happened, Jesus himself came near to them and walked along with them; but they did not recognize him.

Have you ever noticed and experienced that when you are feeling sad, discouraged and totally down that you cannot recognize people who come to you to extend help or give you words of encouragement? Perhaps, this was what happened to the 2 disciples. They were really sad that they did not recognize that the stranger was Jesus who was walking with them.

The disciples’ high hopes and expectations of Jesus, that He will redeem Israel did not happen. So, disappointment, discouragement, despair – all of these words summed up, was how Cleopas and his companion were feeling that time. The two men traveled sad and confused. Jesus is gone, their hopes and dreams were gone.  Though on that day, the third day, there were reports that the tomb of Jesus was empty, but that did not excite their spirits, for they said “we had hope that He would redeem Israel.”  Watch the words: “We had hoped … it’s past tense, meaning their hope is gone now. Hope is now replaced with everything negative – disappointment, doubt, defeat, discouragement and despair.

Then, as our text says, as they were walking, a stranger joined them. The stranger asked them what they were discussing. And so, they narrated their story to the stranger who is willing to listen. They tell the stranger about their hopes and their disappointments. The stranger simply provides a listening ear and He walks with them.  We know that the stranger was Jesus.

That walk to Emmaus is a beautiful picture of Jesus walking along the dusty road with His hopeless and confused disciples.

My brothers and sisters in the Lord, now – I want to bring that Emmaus story into our present time. Life in this present world is full of troubles. In fact, today, we are facing a worldwide problem – a problem still persisting – though we heard the phrase: There is no problem so big that God cannot solve it – but still we are troubled and hopeless. Our eyes are covered with fear and the problem we face, that we cannot see and remember the Word of God and His promises. Here, I am referring to the coronavirus, the killer coronavirus affecting the whole world. People are becoming hopeless, discouraged, and unsure of what will happen in the days to come. Afraid of being contaminated and infected and eventually die. Afraid and troubled of what will happen to us and our children. Afraid of what tomorrow will bring into our lives. Our lives now are full of uncertainties. It is at this point that Jesus, the invisible, the unseen stranger walks alongside with us, listening to us, and if we are willing to hear his voice, He reveals himself to us to help us.

In our text, Cleopas and his friend talked about the cross, and about their sorrow.  They said. “About Jesus of Nazareth,” that “He was a prophet, powerful in word and deed before God and all the people. The chief priests and our rulers handed him over to be sentenced to death, and they crucified him;”

Then, Jesus reassured them and helped them.

How did he do it? Jesus pointed them to what God says in the Holy Bible. Our text says, “Jesus explained to them what was said in all the Scriptures concerning himself, beginning with Moses and all the Prophets. “

Jesus gave the 2 disciples the lesson that the “Messiah have to suffer these things and then enter his glory.”  Perhaps, He was telling them about the prophet Isaiah’s description of the Suffering Servant of God – who “was wounded for our transgressions, crushed for our iniquities… and by his wounds we are healed” (Isaiah 53).

It’s not that these 2 disciples had not read their Bibles, but rather their understanding was clouded by the idea that the Messiah would come with glory and power and rain down fire on their enemies.

As they listened, the two disciples could feel that the hopelessness and sorrow they felt in their hearts change into understanding and hope as the “stranger” explained that Jesus’ death was a part of God’s great plan of salvation.  Our text says: “Were not our hearts burning within us while he talked with us on the road and opened the Scriptures to us?”

Today, even with the presence of the coronavirus that affects and destroys our walk of life, the Lord Jesus is still with us. “He promised not to leave us nor forsake us.” Life shattered by the virus is being restored by our Lord Jesus. He said cast your burdens upon me, those of you who are troubled and heavy laden and I will give you rest. He walks with us just as he walked with the two men on the road to Emmaus.

Jesus points us to God’s Word of promise in the Bible that tells us again that we are God’s dearly loved children and that he will stand by us at all times and in any situation. Jesus turns our despair into hope, our sorrows into joy.

Jesus walks with us as He did with the 2 disciples on the way Emmaus. But, most of the time, we want to walk alone and on our own. We want to do things our way without His help. I believe that you will agree with me that in times of trouble, calling on the name of the Lord in prayer is not the first thing we do. We want to solve our problems on our own. It’s only when nothing further can be done to solve it that we claim the promises of God and His help. To solve our problem – our option is going our own way; doing our own thing; setting our own agendas; and serving ourselves.  This is not the proper way… God said, trust in the Lord with all your heart and lean not on you own understanding.

With all the things we have done and still doing, we need to ask God’s forgiveness.  With all the decisions we made, not in accord with the will of God, we need to repent…

Then, Jesus comes to us. He came and continues to come to us through Word and sacraments.  He tells us that if we confess our sins, God is faithful and just and will forgive our sins because of Jesus.

Our text says: As they approached the village to which they were going, Jesus continued on as if he were going farther. But they urged him strongly, “Stay with us, for it is nearly evening; the day is almost over.” So, he went in to stay with them.

When he was at the table with them, he took bread, gave thanks, broke it and began to give it to them. Then their eyes were opened and they recognized him, and he disappeared from their sight. They asked each other “Were not our hearts burning within us while he talked with us on the road and opened the Scriptures to us?”

They got up and returned at once to Jerusalem. There they found the Eleven and those with them, assembled together and saying, “It is true! The Lord has risen and has appeared to Simon.” Then the two told what had happened on the way, and how Jesus was recognized by them when he broke the bread.

Hope and joy were restored into their hearts by Jesus.

We are His modern-day disciples. We just celebrated the day of resurrection and we believe that Jesus died and rose for us. We see Jesus and our faith in Him is strengthened – in His Word and the sacraments we are preserved in the true faith and He calls us to “Walk with Him, Every Day!” Therefore, we, too, are motivated, joy-filled, and active in His service and willing witnesses of the risen Savior Jesus.

May the peace of God, which surpasses all understanding, will guard your hearts and your minds in Christ Jesus. Amen. 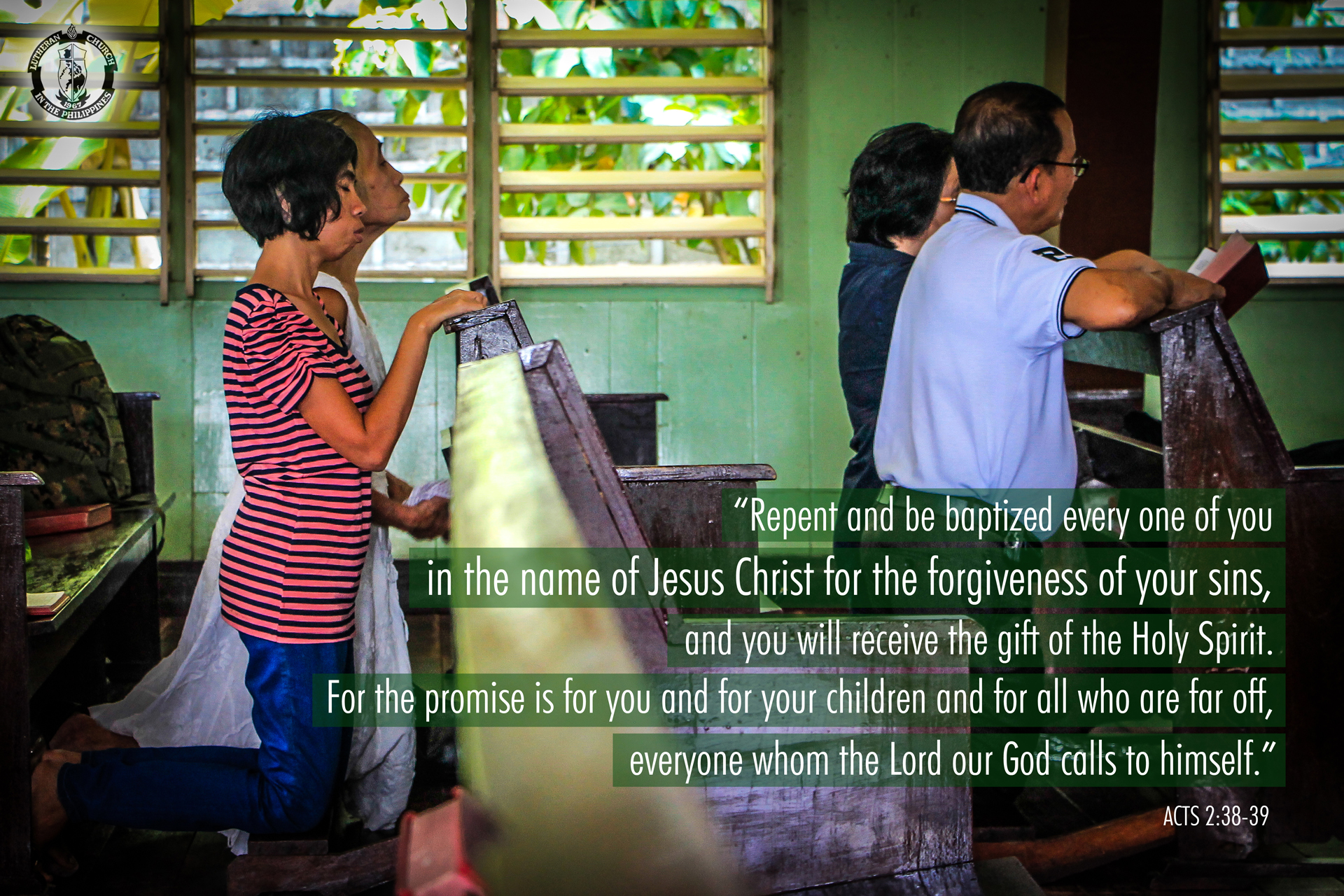