Something happened on earth around 2,000 years ago that has never happened before.  In the words of Christian writer C.S. Lewis,

“Something perfectly new in the history of the universe had happened. Christ had defeated death. The door, which had always been locked, had for the very first time been forced open.”

Christ has risen from the dead.  There was only an empty tomb where His body had been laid.

The tomb had been watched by guards posted earlier by the chief priests.  They were afraid that the body of Jesus would be stolen by His disciples who will then claim that He had risen from the dead.

But as the guards watched there was a violent earthquake and an angel of the Lord rolled back the huge stone covering the tomb.  The guards were so afraid that they became like dead men.

Upon hearing the guards’ report the chief priests bribed them and told them to say that the disciples had come during the night and stolen the body while the guards were asleep.  (Matt. 28: 2-15)  Thus, a fake news was circulated to explain the empty tomb.

But the fake news cannot explain the many physical appearances that Jesus did after His resurrection.  He appeared to Mary Magdalene and the other women, the ten disciples and to Thomas, to Cleopas and another disciple on the road to Emmaus.  He even ate broiled fish with the disciples (Luke 42:24).

From then on the Good News of Jesus spread to various cities as the disciples and believers shared their faith. Some 20 years later the apostle Paul wrote letters to believers in Corinth and Thessalonica.  In one of these writings he tells of Jesus’ appearances including to more than 500 disciples at the same time.  Some of these persons were still living at the time and could validate what Paul wrote.  (I Corinthians 15:3-8)

The rising from the dead of Jesus had its immediate psychological impact on the disciples.  Simon Peter who denied knowing Jesus for fear of the Jews went to prison later on as he proclaimed the Good News.  The avid persecutor Saul became the missionary Paul – a complete turnaround.  The disciples who ran away scared became bold martyrs attesting that Jesus was alive.

Over the centuries up to this day millions of Christians of different nationalities, socio-economic status, educational backgrounds testify to the Risen Christ changing their lives.

Many years ago an atheist challenged Christian evangelist D.L Moody to a debate on the existence of God.  Moody suggested that the atheist have several people share their experience on how their belief that there is no God, that the Bible is not true, and that the Resurrection of Jesus never happened had changed their lives.  Moody then said after those testimonies he will produce scores of former thieves, prostitutes, gangsters and criminals whose lives have been changed by God’s grace.

Of course the debate never happened.  Atheism has never changed lives for the better.  But Christ has.

What happened on that first Easter morning in Jerusalem is beyond earthly scientific explanation.  But its significance is clear.  Jesus Christ  — true God and true man – loves us so much that He offered His life, rose from the grave and defeated sin, death, Satan and hell for our sake.

For God so loved the world that He gave His one and only Son that whoever believes in Him shall not perish but have eternal life. (John 3:16)

Dear Father, Your love for us is beyond our understanding. We can only say, “Thank you, dear Lord.” Amen. 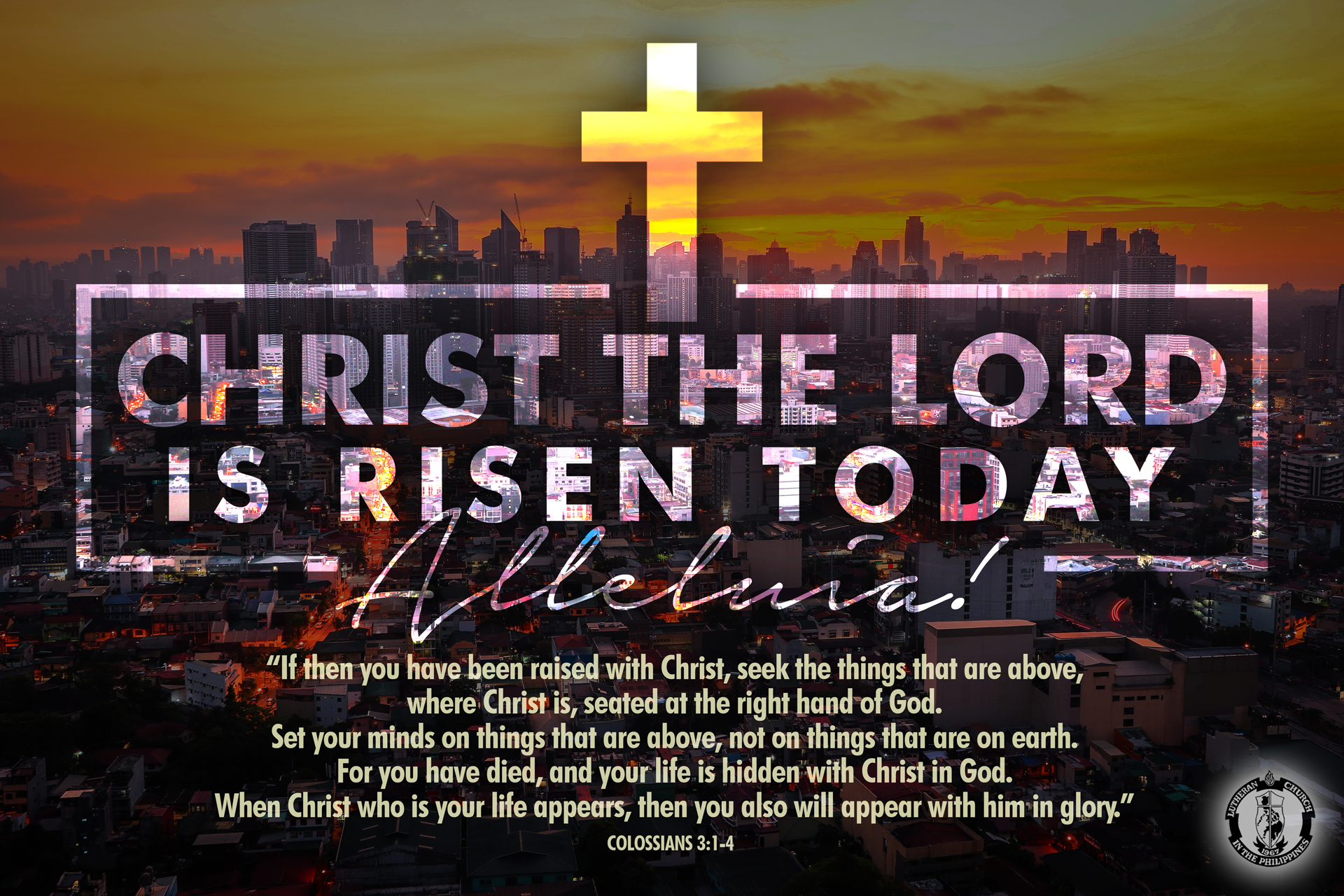