20 And behold, a woman who had suffered from a discharge of blood for twelve years came up behind him and touched the fringe of his garment, 21 for she said to herself, “If I only touch his garment, I will be made well.” 22 Jesus turned, and seeing her he said, “Take heart, daughter; your faith has made you well.” And instantly the woman was made well.  (Matt. 9:20-22 ESV; see also Mk. 5:24b-34).

COVID-19 triggered a pandemic that has killed thousands of persons and infected tens of thousands more all over the world.  Researchers are racing to find a vaccine, while governments are applying aggressive measures to contain the virus’ spread and manage its economic fallout.

Metro Manila, Philippines, an urban center with a day time population of 15 million has been placed on “community quarantine” — a virtual lockdown — for a month. Police checkpoints are at all entry points to the mega-city; airline flights have been canceled; only a skeletal force serve in government offices; schools are shut down;  big gatherings including worship events have been suspended.

The situation is so fluid that after a couple of days the government has enhanced the community quarantine to cover the whole island of Luzon.  This island covers 38 provinces and 71 cities, including the cities and towns within Metro Manila.

Similar things are probably happening in other countries. Indeed, life seems to be on hold for millions all over the world.  How long will this last? A few weeks?  Several months?  A year?

The life of the woman who was suffering from a discharge of blood was on  hold  for 12 years.  This was a horrible and humiliating disease for she was considered not only medically but also ceremonially unclean by the Jews.  Every object and every person she touched became unclean, too. She was not allowed to mingle with other people nor worship God with other Jews.

This woman knew exactly what “social distancing” meant.   In Mark’s account there was a crowd following Jesus.  Had that crowd known that she was in their midst she would have been driven away immediately.

But she desperately wanted to be healed.  So she boldly insinuated herself  through the crowd to where Jesus was and touched the fringe of his cloak.  She would have pleaded to Him personally but that was physically impossible;  she  had to settle with just touching his garment.  This appears similar to some superstition where people believe that relics had the power to heal.  But this was different.  She believed in Jesus, as the Lord Himself declared. It was in the Lord that she put her trust and hope, not His garment.  Jesus had mercy on her and healed her.

As the pandemic runs its course and our lives continue to be on hold maybe it is a good time for us to pause and reflect. While we live in a fallen world with all its evil, behold, the Lord Jesus has overcome the world through His death and resurrection.

We pray persistently that God will give wisdom to the medical researchers and government leaders. We also follow government guidelines and wash our hands properly and so on.  But we place our ultimate hope in our Lord Jesus Christ for He alone is our help.

Dear Father, thank You for loving us beyond measure.  Help us to trust and hope that no matter what happens all things will work for good for those who are in Christ. Amen. 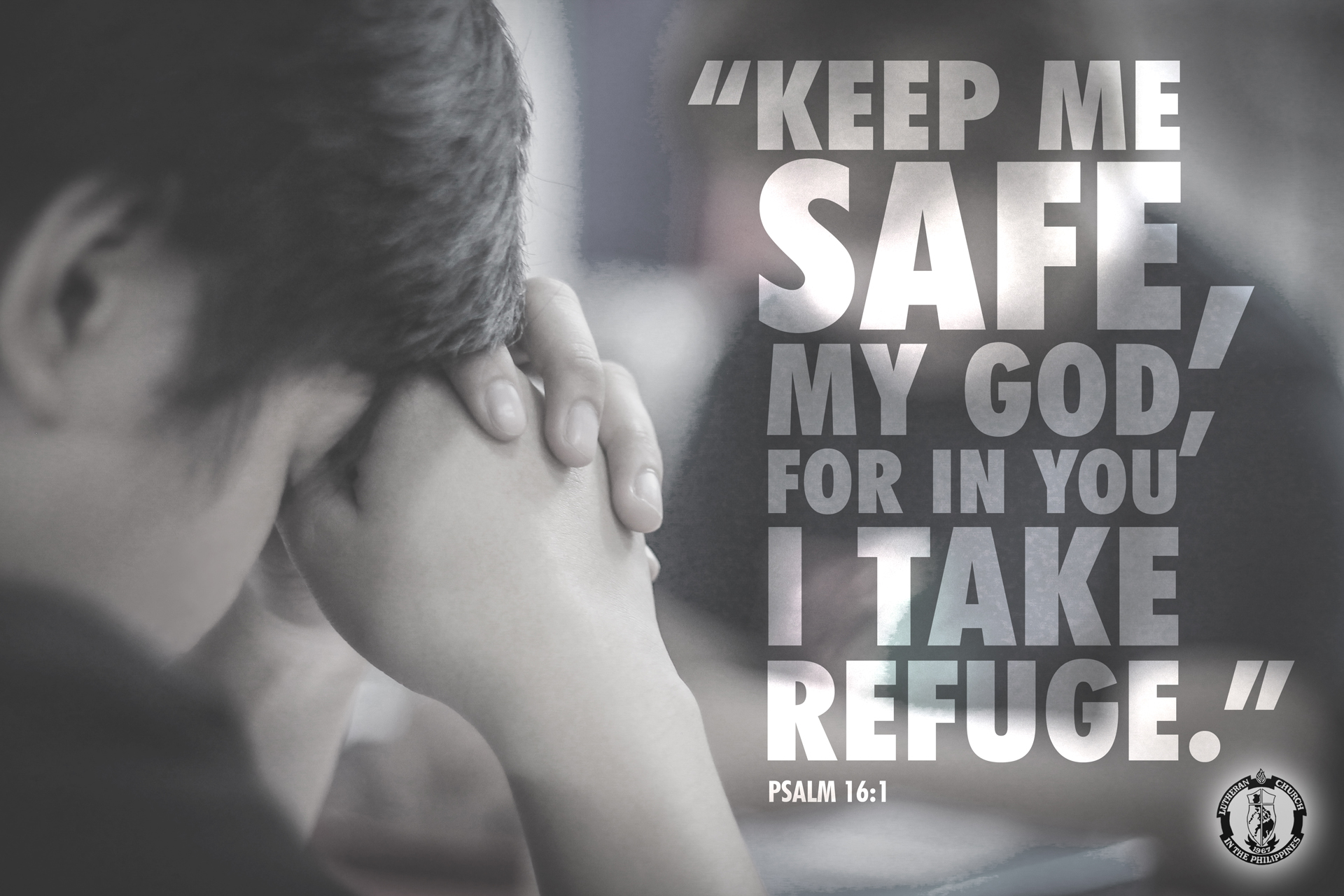